Are you an entrepreneur seeking to join Portugal's growing startup community? Startup Lisboa and some of its partners explain why and how you could do so.

Portugal, “the California of Europe”, is receiving many tech multinationals, ranging from Google to Uber. But foreign startups are also discovering the wonders of setting up in Portugal, and Lisbon’s incubator Startup Lisboa took the hint: their Launch in Lisbon program will have its second edition on February. ECO spoke to Startup Lisboa and its partners to better understand how entrepreneurs can set up in Lisbon.

“Portugal is an incredible country, there’s a growing startup community and the sun is always shining!”, stated Wendy van Leeuwen and Kristina Palovicova, founders of the startup Secret City Trails, to ECO. The two of them came to Lisbon a year ago to create their first city discovery game in the country. “We really enjoyed the vibe of the city, the buzzing startup ecosystem as well as opportunities that are available to startups in tourism”.

"It is key to understand the merits Portugal could bring to a startup that wants to go to a certain country.”

One of the partners of Startup Lisboa, HomeLovers, stated that “Lisbon is, nowadays, for obvious reasons, very sought for by foreign entrepreneurs”. Moss&Cooper, the company that supports clients and partners in the growth of their businesses, agrees: they have been sensing “a growing interest from foreign entrepreneurs”, who are “able to take advantage of the entrepreneurial dynamic that Portugal and Lisbon are going through right now“.

The startup Datapage agrees: they state they chose Portugal for being “a dynamic country with a positive attitude to business and entrepreneurship”. Portugal is also a “politically stable EU member” which “respects foreigners and welcomes their ideas”, while also meeting the companies’ key requirements: “initial financial support on training and wages, excellent internet/broadband connectivity, and a pool of young people (18 – 25)”, according to the startup.

Hays, a specialized recruiting company that advises companies in terms of recruiting and salary tendencies, highlights the Portuguese labor market: “Right now, Portugal has a pool of extraordinary qualified talent; companies compete a lot for the best professionals”. Startups need to know “exactly how to find and attract these people”, stated Hays’ Project Leader for Talent Solutions, Ana Cruz.

I am a foreign entrepreneur in need of help. Who should I call?

Startup Lisboa helps out foreign entrepreneurs who need support for the creation of their  startup and their first years of activity. It is a private non-profit association that provides office space and a support structure — “mentoring, strategic partners, access to investment/funding, networking activities and a community based on knowledge and sharing”, according to their website. PLMJ, Deloitte, HomeLovers, Moss&Coopers and Hays cooperate with the incubator in helping startups set up in the country.

HomeLovers told ECO they provide startups with guidance, “especially concerning their financial framework, market opportunities, legislation and, of course, the real estate area”. Concerning the latter — their core –, HomeLovers says entrepreneurs prefer to rent than to buy, “because most of them who have some savings prefer to invest them in their business or product”.

Therefore, “it is natural that entrepreneurs seeks us to rent a house or to have our help in finding an office, a store or a co-working space”. The company also provides a service called HomeLovers STUDIO, with architecture and interior design solutions, in addition to support in legal advisory and consultancy for investment, energetic certification, real estate evaluation, and a professional photography service.

Moss&Cooper provides support “since the moment the project is nothing but an idea”, and they follow the process through its implementation by designing the investment and business plan, establishing the strategy and the business models until the prospection, as well as providing “the most adequate ways to have financing and capital for the project”.

As for PLMJ, a full service lawyer firm, they provide “all the legal services necessary to constituting and following-up with companies in general and startups in particular”. According to Sara Estima Martins and Pedro Menezes Cardoso, PLMJ’s partner and associate, respectively, this includes, for example, “drafting any contracts, shareholder agreements and articles of association, registering the company, supporting them about labor and tax law issues or providing assistance to managers, directors and foreign workers on possible immigration topics”.

Contrary to PLMJ, Deloitte cannot provide legal services. Instead, the consultancy firm stated they may have “work sessions with entrepreneurs in order to do the challenging of the project’s business model, prepare the business plan, support the identification (and possible negotiation) with potential investors, helping them comply with their tax and accounting obligations, among other services”.

“For foreign entrepreneurs, the main difficulties are getting to know all the steps to be taken, the formalities that need to be met and understanding who they need to address in Portugal in order to launch and expand their project”, according to Moss&Cooper, adding that “the Launch in Lisbon program answered a specific need”.

"Foreign entrepreneurs face many difficulties right away due to the fact that they do not know the Portuguese market and legislation.”

But the real issue is bureaucracy, “although efforts have been made to fight this problem in some services”, according to PLMJ. Nonetheless, the law firm states “there are still some considerable obstacles standing in the ways of individuals or companies that wants to develop an investment project in our country”. As an example, PLMJ speaks of the licensing procedures, which are “very slow and complex” — a fact that “has been appointed by the European Commission as a major step back in business growth in Portugal”.

Kristina and Wendy agree. Although they mention the Portuguese culture and the life in Lisbon as very positive aspects — along with the sunshine, lifestyle, food, wine and the people –, they state that “setting everything up has not been super easy”.

“The hardest thing is getting all administrative things in order. Just getting a NIF (tax number) was more difficult than we expected, mostly due to language being a barrier”, since a lot of the financial and legal platforms one needs to access “are only in Portuguese”.

Hays advises startups on how to seek certain profiles that match their culture. “One of the main difficulties is finding in the market profiles that are fluent in very specific languages”, according to Ana Cruz. And she adds: “We need to make companies aware of the fact that sometimes they might need to change their requirements or adapt them to the Portuguese reality”.

Datapage — which like Secret City Trails, also took part in the first edition of the Launch in Lisbon program and is now setting up in the city of Guimarães — believe there were two main problems: the language and financial incentives, which “appear to be shrouded in secrecy and also appear to vary on a regional basis”. The Indian startup has a few advice for other entrepreneurs thinking about coming to Portugal:

Launch in Lisbon – round two

“Three days learning everything you need to know about how to set up your life and your business in Lisbon” sums up the Launch in Lisbon, a three-day soft landing program organized by Startup Lisboa.

"The program was invaluable in that it bridged the gap between aspiration and decision by providing the missing business information. ”

Wendy and Kristina were able to take part in the first edition of the Launch in Lisbon program, which they say was very helpful. “It was useful to learn more about the different aspects of setting up a business in Portugal. From taxes to social contributions, laws that we need to comply with and grant funding that’s available to startups in Portugal – the program covered it all!”, they told ECO.

According to the CEO of Startup Lisboa, Miguel Fontes, the first edition was “very positive, especially due to the diversity of background and projects of the participants”. Participants stated they appreciated the broad range of contents and the quality training provided by the key partners, PLMJ, Deloitte, Hays, HomeLovers and Moss&Coopers: “75% of participants revealed that the program changed the steps they were going to take to install their business in Lisbon”, Miguel Fontes disclosed.

The CEO said the second edition of Launch in Lisbon, which will occur between February 7 and 9 of 2018, will have around 15 entrepreneurs coming from the United Kingdom, Germany, Belgium, Brazil, United States and France. Their projects are in similar maturity statuses, because Startup Lisboa prefers to have “an alignment between participants and the contents of the program”, Miguel Fontes stated, to ECO. 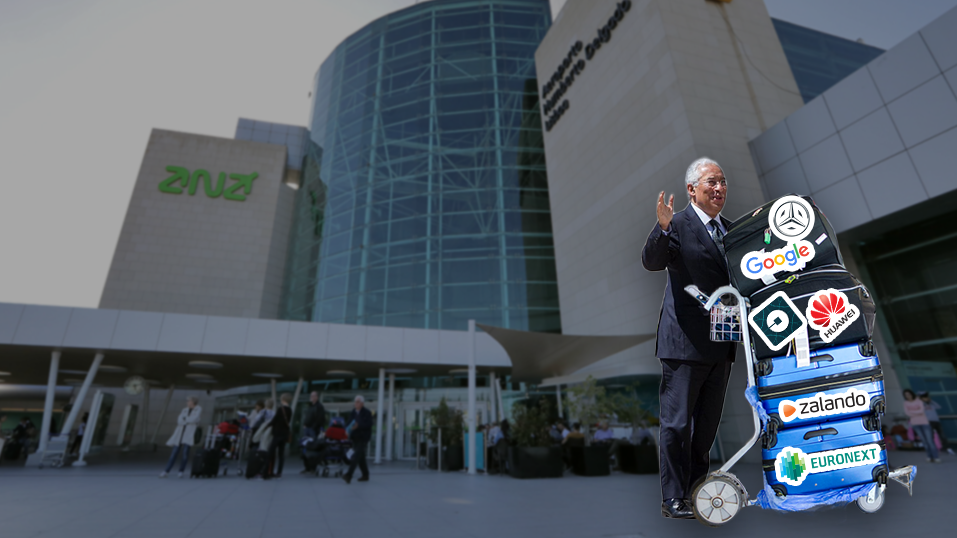 Google is the next technological giant to get to Portugal. Amazon might be under way. Companies like Uber, Zalando or Huawei are already in the country. Why are they choosing Portugal? 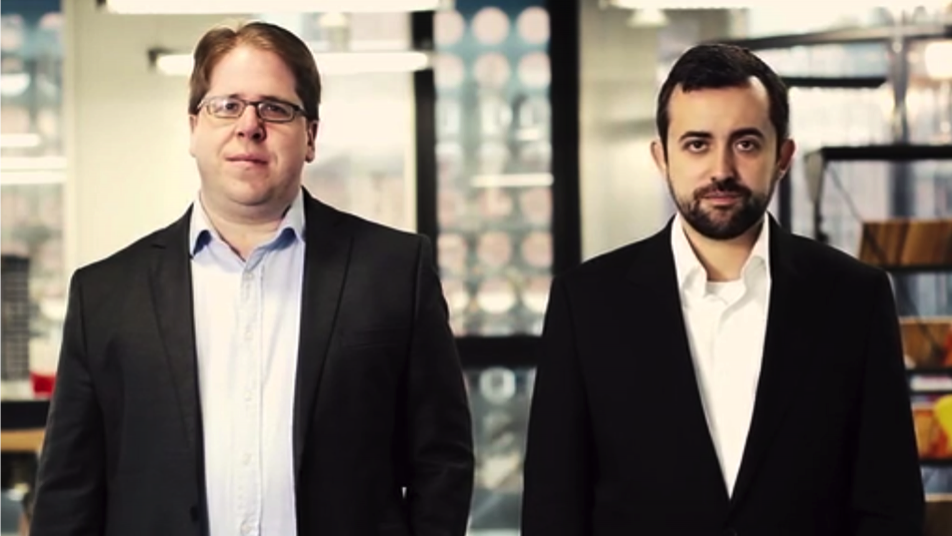 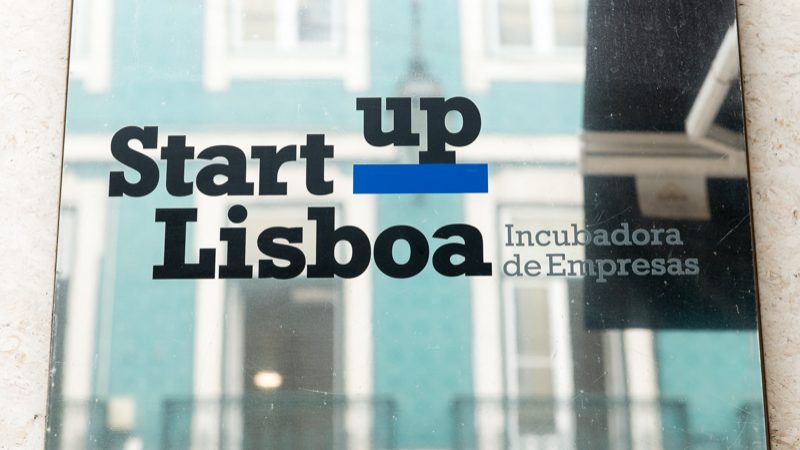 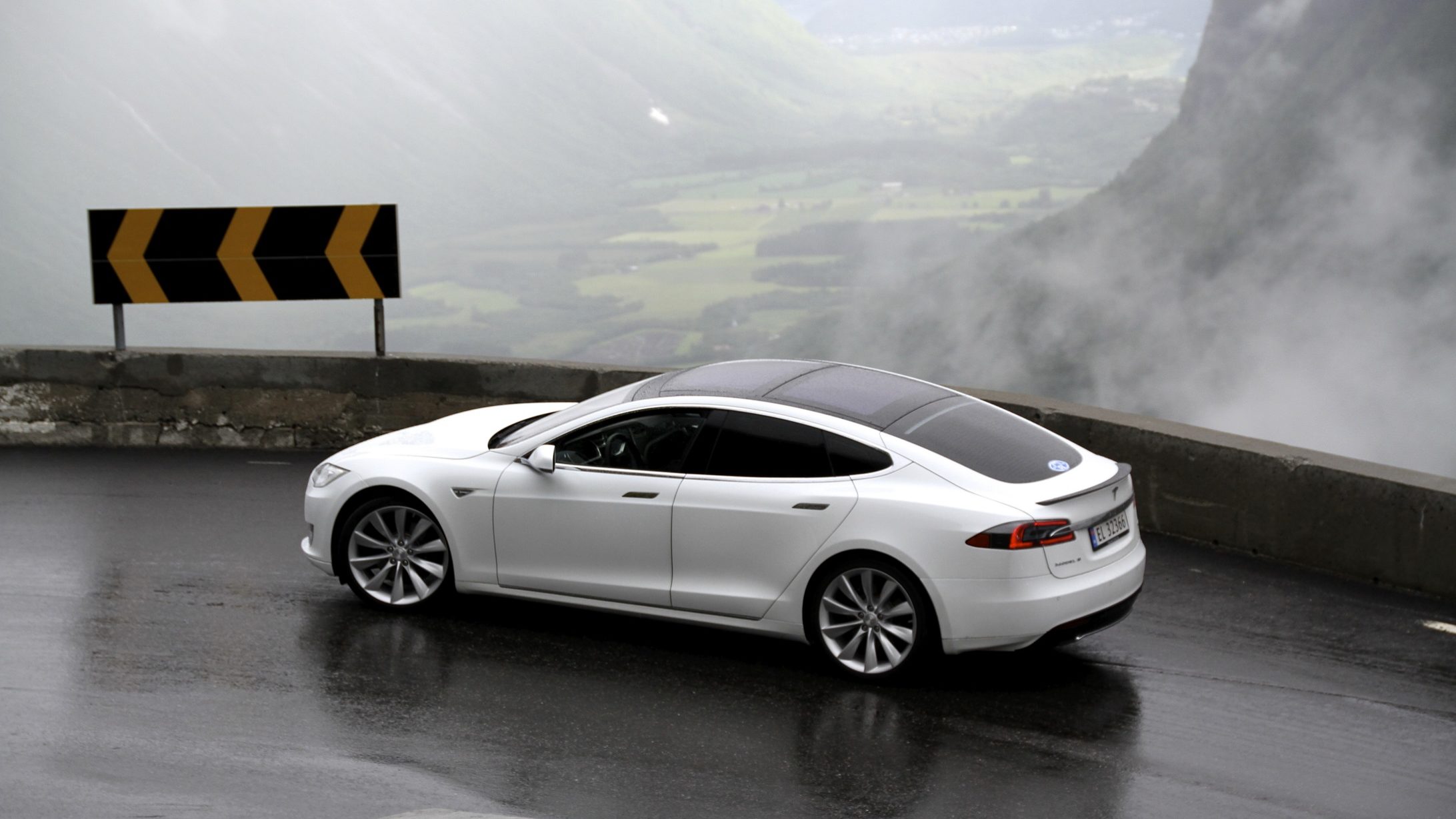