The government led by Boris Johnson is close to finalising a list of 10 countries to which it is deemed safe for British tourists to travel.

The British government is to waive quarantine for people travelling between the UK and some countries with a low risk of Covid-19 infection, but it is uncertain whether Portugal will be included on the list, according to media reports.

According to The Times newspaper, the Conservative government led by Boris Johnson is close to finalising a list of 10 countries to which it is deemed safe for British tourists to travel without having to isolate for two weeks on their return, as is currently the case.

The list includes France, Spain, Greece, Italy and Turkey, due to low levels of coronavirus infection in those countries, but Portugal, according to the newspaper, is the subject of “intense debate” due to the recent outbreak in the Algarve.

A government source told the newspaper that “any decision to accept travel corridors with other countries will be based on strict public health criteria.”

In the aftermath of a party on June 7 in Odiáxere, in Lagos municipality, at least 111 people have been confirmed as infected, 19 of whom are children under the age of nine, according to the Algarve regional health authority, which is said to have carried out around 2,500 tests to track and contain the outbreak.

Portugal’s government has for weeks been vigorously lobbying the British authorities to open an “air corridor” to Portugal which normally welcomes more than 2.5 million Britons a year. Last year people from the UK accounting for almost 20% of overnight stays by foreign visitors.

The minister of foreign affairs, Augusto Santos Silva, told the BBC in early June that he was negotiating with London and expressed hope of reaching an agreement by the end of this month. On Saturday Portugal’s ambassador to the UK, Manuel Lobo Antunes, reiterated that interest.

“We think the situation is under control and we would be happy to receive, as before, as many Britons as possible,” he said.

Virus with an impact of 250 million on Lisbon municipality

Since June 8 all people arriving from abroad in the UK, including British nationals, have had to self-isolate for 14 days to reduce the likelihood of coronavirus transmission. Breaking this rule is punishable by fines of 1,000 pounds (1,100 euros), with exemption for people coming from Ireland, drivers of goods lorries, doctors involved in fighting the Covid-19 pandemic and seasonal farm workers.

The measure is due to be reviewed next week, but the health secretary, Minister Matt Hancock, said on Monday that an announcement could happen earlier.

“We have a formal date to review the quarantine policy at the end of the month and we will ensure publication in advance of what we plan to do in terms of where we think, based on epidemiological advice, we will be able to formalise travel corridors,” he said.

According to data released on Monday, the UK has had 42,647 deaths associated with Covid-19 since the start of the pandemic, the highest in Europe and the third highest number worldwide, behind only the US and Brazil.

Portugal has had 1,534 deaths associated with Covid-19, out of 39,392 confirmed cases of infection, according to the latest daily bulletin from the Directorate-General for Health (DGS).

Worldwide the pandemic has claimed more than 469,000 lives, having so far infected more than 9 million people in 196 countries and territories. 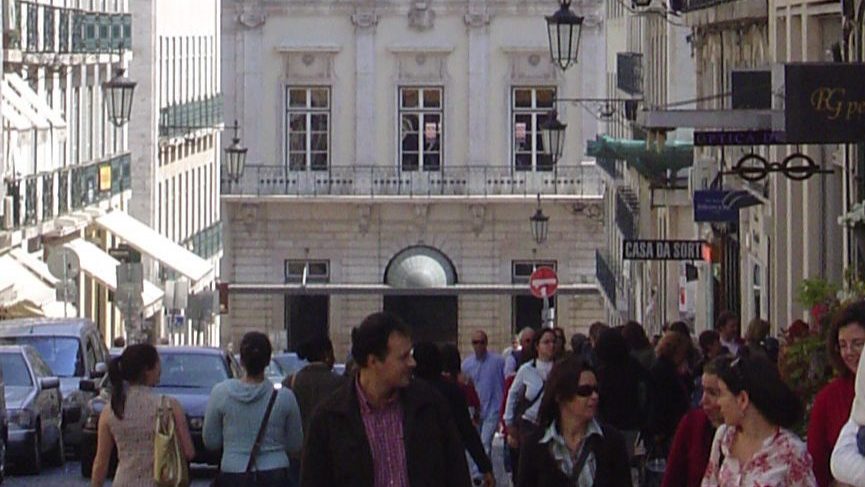 "All retail and service establishments, as well as those in commercial complexes," close at 20:00 in the AML.