November 8, 2018. A few minutes before Paddy Cosgrave said goodbye to Lisbon – “see you next year” – the invitation to buy a ticket for the 2019 edition, 365 days before the event, was already in the emails of almost 70,000 assistants. For a year, the contact that began there becomes a constant: early tickets, star speakers, the list of the headliners, a guide so as not to miss a pinch. Countdown to the event, more names of women, names of fintech entrepreneurs, robots. 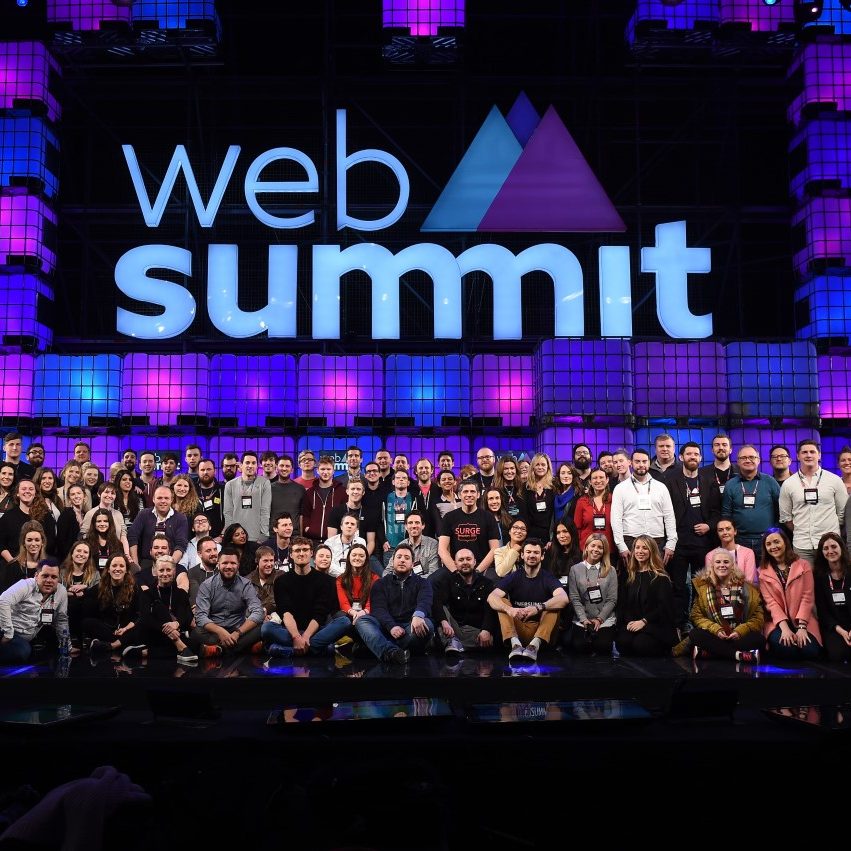 News, news and more news: Between the days leading up to the event and the last day of the Web Summit in 2018, the conference attracted media outlets’ attention in over 110 countries and led to the publication of 8,195 articles on the subject, according to Cision. The United States was responsible for about a third of all the pieces – 2,769 articles – and the foreign country that gave more prominence to what was happening in Lisbon during that period.

The event, which was held in Dublin in 2009 for an audience of four hundred people, has grown in size and notoriety. Along the way, the team, the area of influence, the names of the sponsors and headliners and, of course, the country where the event takes place were broadened. In 2015, the organisation announced the move to Lisbon, an agreement that was signed for three years – with an option of two more years  – but which, in 2018, was extended for another decade. Staying with the Web Summit in Lisbon until 2028 was, therefore, an investment for the city and the entire country.

“We won”. That’s how Fernando Medina, Mayor of Lisbon, announced on 3 October 2018 that the Web Summit would be held in Lisbon. After months of negotiations, Lisbon won the competition, which included cities such as Madrid, Berlin, Valencia, London and Paris. With Paddy Cosgrave’s team, Portugal agreed to pay 11 million euros per year to keep the event in Portugal. The value of the investment is shared between the Lisbon Tourism Development Fund and the Ministry of Economy. Besides the annual investment value, the Lisbon municipality also announced to invest in the FIL complex, first “temporarily and then permanently,” said Medina. The idea was that FIL’s exhibition space would be increased, and it was this change that helped the organisation to decide for Portugal, to the detriment of cities such as Madrid, Valencia and London. “This investment will allow the Web Summit to grow to 100,000 participants or more”, said Fernando Medina at the time.

It is also this magnification that has caused a lot of articles in the last few months. In May, the newspaper Público reported that the Lisbon City Hall would have to pay compensation to Connected Intelligent Limited, the company that owns the Web Summit, if the Lisbon International Fair (FIL) venue didn’t have, by October of this year, 13 thousand square meters more (which would extend to the current 41 square meters) than in last year’s edition. The publication cited the agreement signed between the State, the Lisbon City Hall, Turismo de Portugal, the Lisbon Tourism Association, Aicep, Iapmei and the Irish company, but did not mention compensation amounts.

Meanwhile, it was reported by the Lusa agency that the Lisbon city council would discuss in a meeting held on 17 October behind closed doors, changes to the agreement to hold the Web Summit, including the payment of another 4.7 million euros and the postponement of FIL’s expansion to 2022. This agreement “provides for the exhibition’s expansion area to 90 thousand square meters, and a phasing that allows the growth of the event while this does not occur”, having now been agreed with the organization “an addendum to the initial contract that provides, since negotiations are still underway for the expansion”, a postponement of this expansion, initially planned for 2021, to 2022, explains the official source of the Lisbon City Council in a written answer sent to Lusa.

With an estimated impact by the Web Summit Government on the country’s economy of 300 million euros annually, the event has become, since the first year, a showcase of Portugal in the world. Lisbon also gave a strong boost to the results of the Web Summit. After Dublin’s move to the Portuguese capital caused profits to skyrocket 16 times, in the second year the event proved even more profitable. Paddy Cosgrave’s company earned 3.1 million euros in 2017, according to data obtained by ECO. From a profit of 128 thousand euros in 2015, the Irish company that organises the entrepreneurship event, Manders Terrace Limited, went on to a net profit of 2.05 million at the premiere of the Web Summit in Lisbon. And they grew another 51% in 2017, benefiting from the increase in revenues that approached 29 million euros (26 million in 2016). Pulling the business volume was the increase in the number of visitors in the second of three years that, initially, the Web Summit would be held in Portugal. As part of this agreement, Paddy Cosgrave’s company also received a commission that helped to boost revenues, boosting profits in a year in which spending also grew from nine to 12 million. 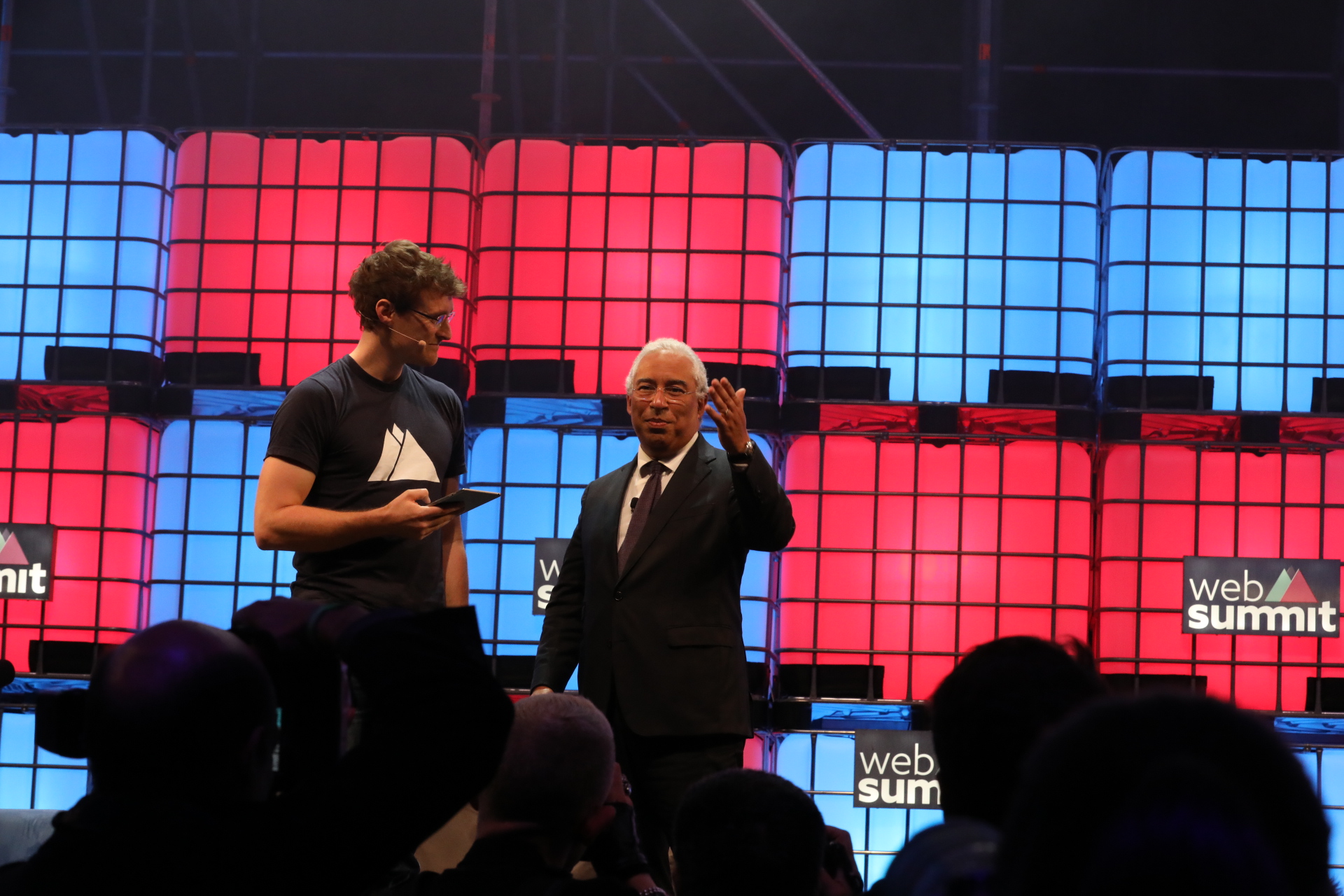 To help organize and evaluate the Web Summit, the Government announced on October 15 the creation of the “Web Summit Portugal 2019-2028 Working Group”, which will include members from various ministries and public entities such as Tourism of Portugal, Aicep and Startup Portugal. This group “has the mission of ensuring the preparation, organization and coordination of the Web Summit, in each year from 2019 to 2028, and ensure the articulation between the various relevant entities to facilitate the success of each edition”, reads the dispatch. Additionally, after the closing of each edition of the Web Summit, the working group will have to present “an interim report, and at the end of its mandate on March 31, 2029, a final report, both on the activity carried out, and the results achieved”.

On the main stage, on November 8, 2018, Marcelo was celebrating his achievements – “We have succeeded”, said the President of the Republic – but he left three challenges. “As we are going to have the Web Summit for another ten years, we have to think about what we want to do. I propose, as the first challenge, that every year we do better and different. We have to create a platform here and not just a four-day temporary event”, warned the President of the Republic. The Head of State underlined, secondly, the role that each one of the 70 thousand participants of the largest technology and entrepreneurship event in the world has in the society it integrates.

“I have just come from a meeting with refugees: we must not forget the rest of society. We must leave no one behind. Digital education is an important thing,” he said. And thirdly, and according to Marcelo, the “most complicated and important” challenge is to reinforce digital as a platform for the exercise of freedom. “Digital is about freedom, dialogue and tolerance. In the rest of the world, we see models of closure. The challenge is to use technology for peace, for tolerance. That’s the change. Because this wave crossing the world is the opposite of the technological revolution. We have to fight for the values of the principles of freedom for peace. That is the message. You must carry that message to the world, do not keep that message to yourselves. Help create a better world”, said the President of the Republic.

And Paddy Cosgrave seems to have listened well to the advice: to open the main stage this year will be Edward Snowden, the whistleblower who challenged the US intelligence security system, live from Moscow, Russia. According to the event’s organization, Snowden will speak for the first time about how he helped build the security system and why he revealed confidential information. Technology changing the way we see the world. 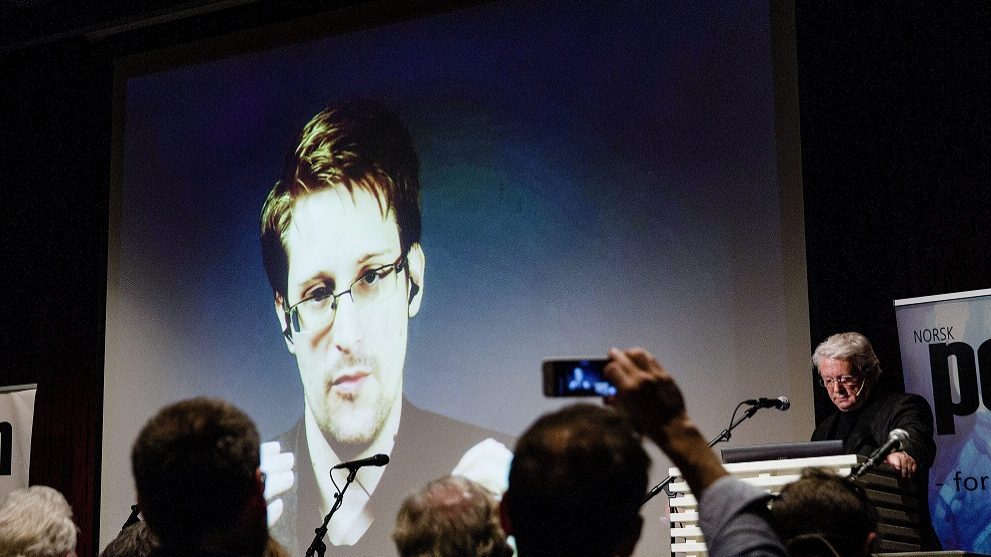 Edward Snowden is the surprise guest at the Web Summit

The whistleblower who challenged the NSA security system will be live on the main stage of the Web Summit at the start of this year's edition. 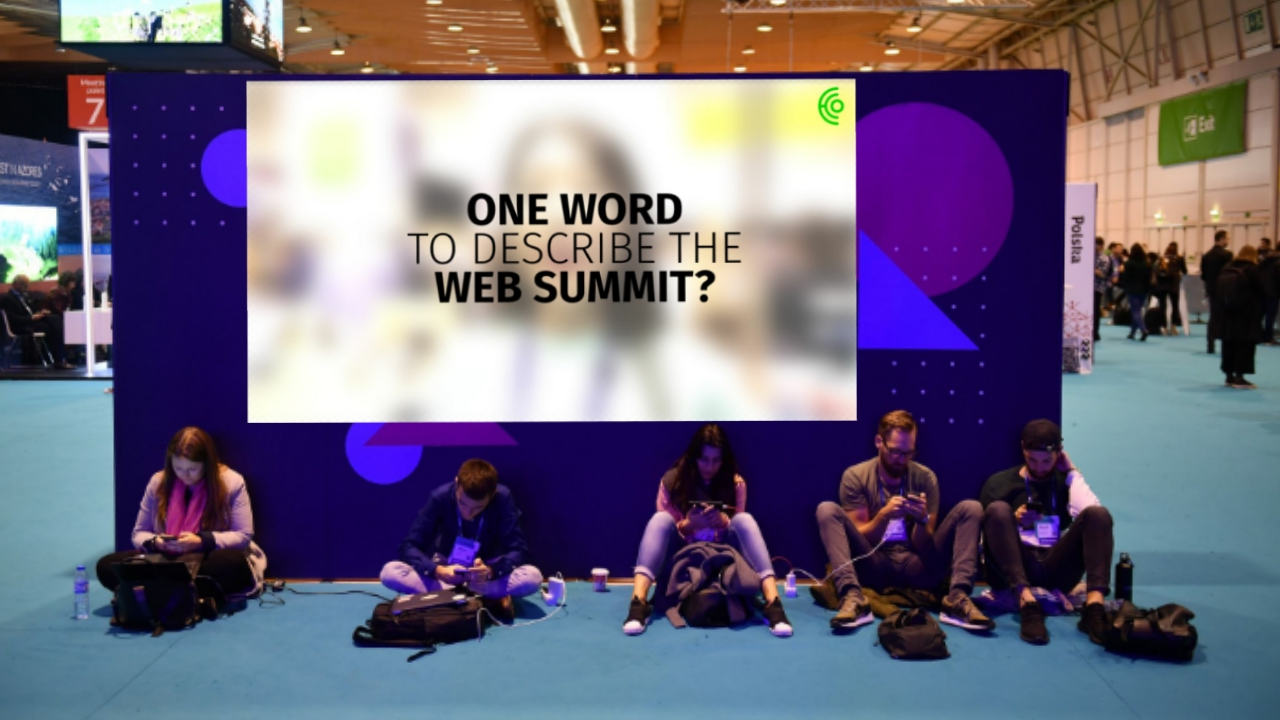