The ECO spoke to the first companies with the green light from Norte 2020 to adapt their production to goods or services that help in the fight against Covid-19.

The production of surgical masks is the focus of Sky Atrium and Greenprint. The first one imported masks and alcohol gel, the other one offered printing services ( stamping) in textiles. Both reinvented their activity and invest in goods or services with potential relevance in the Covid-19 fight, with support from Portugal 2020.

Rui Pereira Santos, Sky Atrium’s manager, expects to begin production of the surgical masks within 15 days. “More than one million per month,” he tells ECO. For that, it was necessary to buy machinery in the Asian market – but also in the national market -, adapt the facilities and hire six people who “will start in the coming weeks.”

Month and a half was all it took for the company to go from concept to reality. Sky imported masks and alcohol gel from China, but with the pandemic it was faced with no product available. So why not do it? The question was asked at internal meetings, says Rui Pereira Santos, and end up taking shape. The manager acknowledges that production in China is 20 to 40% cheaper, but then transport costs have to be added. And that’s where the company hopes to gain competitiveness.

Swapping import for production was Sky Atrium’s option when it became aware of the opening of new promising applications to adapt the companies’ production. With a 380.44 thousand euros investment (which has 80% support from the North’s operational programme), this company from Matosinhos will start with three shifts of work and the aim is to export to the European market, where it has already been possible to find clients. “For the United States it is necessary to have our own FDA certification that we don’t have”, explains the manager.

Going back – to the simple import business – is not an option. In the domestic market, there was only one company manufacturing surgical masks – Bastos Viegas -, and the demand kept growing. The space Sky Atrium already had was all adapted to “create a controlled environment to the standards required for manufacturing this type of product”, and it is also planned to purchase more machines. The staff has also been adapted to the new functions.

Greenprint has a different strategy. Bruno Machado guarantees that “it is out of the question” to abandon 20 years of stamping service. The option is rather to diversify products. “When one branch of the business is more stationary, the other compensates”, he explains to ECO.

Once again, the project is “in the implementation phase” and, like Sky Atrium, it has already obtained the green light from Norte 2020 for a 95% investment support of 291,95 thousand euros. But this company in Pousa has not yet purchased the equipment that will enable it to manufacture level 1 and level 2 masks: “We are trying to buy the equipment to assemble the production line. The idea is to have a completely automatic production to present to the market a mask at competitive prices,” tells Bruno Machado.

We are trying to buy the equipment to assemble the production line. The idea is to have a completely automatic production to present to the market a mask at competitive prices.

For the time being, negotiations are taking place on two fronts: in China and Italy. “Honestly, I have doubts that I can do business in China given the situation, but this machine allows a fully automatic production with a run of three thousand masks per hour,” explains the manager. If the choice falls on the Italian machine, “which is hybrid, makes both surgical and textile masks, the production is a thousand masks per hour,” he adds, recalling that the textile mask has a higher added value compared to the surgical one. Given the need to wash this type of masks, Bruno Machado believes people will opt for the easiest, most disposable solution.

The financial projections will depend on the direction of these negotiations. But in the project submitted to Norte 2020, the company expects to increase the income by more than 100,000 euros once the production line is operational. Last year, Greenprint’s turnover with printing services alone amounted to one million euros.

For now, because of the pandemic, the company was in lay-off but, with this new momentum, it hopes to resume activity, keep the 24 workers and create three to four new jobs, including two with higher education, something that until now did not exist at Greenprint. Already looking to export, the company has contacts in France, Belgium, northern Germany and Luxembourg. “But always giving priority to the Portuguese market”, guarantees the manager, in order to respond to the increase in demand arising from the mandatory use of masks in transport, schools, shops and other closed spaces.

This obligation has already had an impact on Ernesto São Simão’s activity: the mould company decided to produce visors. It all started with the suggestion of a worker and a Facebook group. A group of young people had a 3D printing project of visors to donate to hospitals and other entities, but clearly “it wasn’t enough to the needs”.

“One of our collaborators suggested that Ernesto Simão should produce these visors in quantity,” Pedro São Simão to ECO. And so it was. They developed a model of the visor and the respective mold that took a piece for each production process. All the visors continued to be donated but, later, a second mould was created that already allowed two pieces per production process. But the company did not lower its arms and continued to innovate.

Faced with the growing interest in visors, fuelled by the media exposure the company had, Ernesto São Simão realised that it was facing a “commercial opportunity to explore”, even though they continued to donate “50 thousand units to different entities in Portugal and Spain.”

“Realizing that there was this phase of applications, to this type of project, we decided to invest to have a greater production capacity in order to take eight pieces for each production cycle,” says the director-general. At stake is an investment of 397.49 thousand euros, also with 80% support from Norte 2020.

The company is currently developing a visor for children, from the age of four to five, and is in the process of acquiring some equipment for the production of molds, and then it takes two to three months to develop them. Ernesto São Simão is not only working on the production of the visors – which are already exported to Spain and France – but also on the export of the moulds that allow the production of the same in other destinations, such as the Ivory Coast where it already has a client.

With the new machines, including one for plastic injection, the company that used to make moulds for the automotive industry, will now take advantage of this window of opportunity to make hundreds of thousands of visors per week. A production level that requires a logistic reorganization and a doubling of the storage capacity. The next step is to certify the products and hire more people to work in the commercial and development areas, explains Pedro São Simão, general director of this family company created in 1947 and with about 30 employees.

Among the first four projects of companies with investments in goods or services with potential relevance in the fight against Covid-19, that have already had the green light to get support from Norte 2020, is also Carvidet. This company from Santo Tirso is developing the capacity to produce disinfectant solutions based on ethanol, sodium hypochlorite, hydrogen peroxide and quaternary ammonium. With an investment of 234,02 thousand euros and support of 187,21 thousand euros, the company, which was already dedicated to the production of over 300 references of detergents and hygiene and cleaning products, intends to overcome the current production of one thousand litres/hour of disinfectant that is not enough for the demand. ECO tried to talk to Carvidet, but it was unavailable until the publication of this article.

The Portugal 2020 competitions are still running until May 29 in some areas of the country – in others, they are suspended given the high demand. There has been “overwhelming demand” which has led the Executive to increase the allocation from 46 to 100 million euros. The announcement was made by the Minister for territorial Cohesion, in a statement to the Expresso newspaper: “The demand from businessmen is so overwhelming that the allocation will be increased to 100 million euros and there is also the possibility of a second reinforcement.”

The applications quintupled the value of the notice whose intention was to stimulate the national production of these goods and equipment, meaning redirecting their production instead of being in lay-off

“Portuguese businessmen needed stimuli like these,” Ana Abrunhosa told ECO. “We have already had to double the value of this warning, from 46 million euros to 100 million”, revealing that, so far, 1.112 applications have been submitted, with an investment intention of 670 million euros, which would mean support of 536 million euros, if all were approved. Of these, 110 projects were approved, representing an investment of 59 million euros and an already allocated support of 47 million, in a logic of “the first to enter are the first to be analysed”, as defined in the rules of the tender.

“The applications quintupled the value of the notice whose intention was to stimulate the national production of these goods and equipment, meaning redirecting their production instead of being in lay-off. And surprise! We have new companies and companies over 60 that have reconverted… We achieved in two months what would take years to do,” concludes the Minister for Territorial Cohesion. 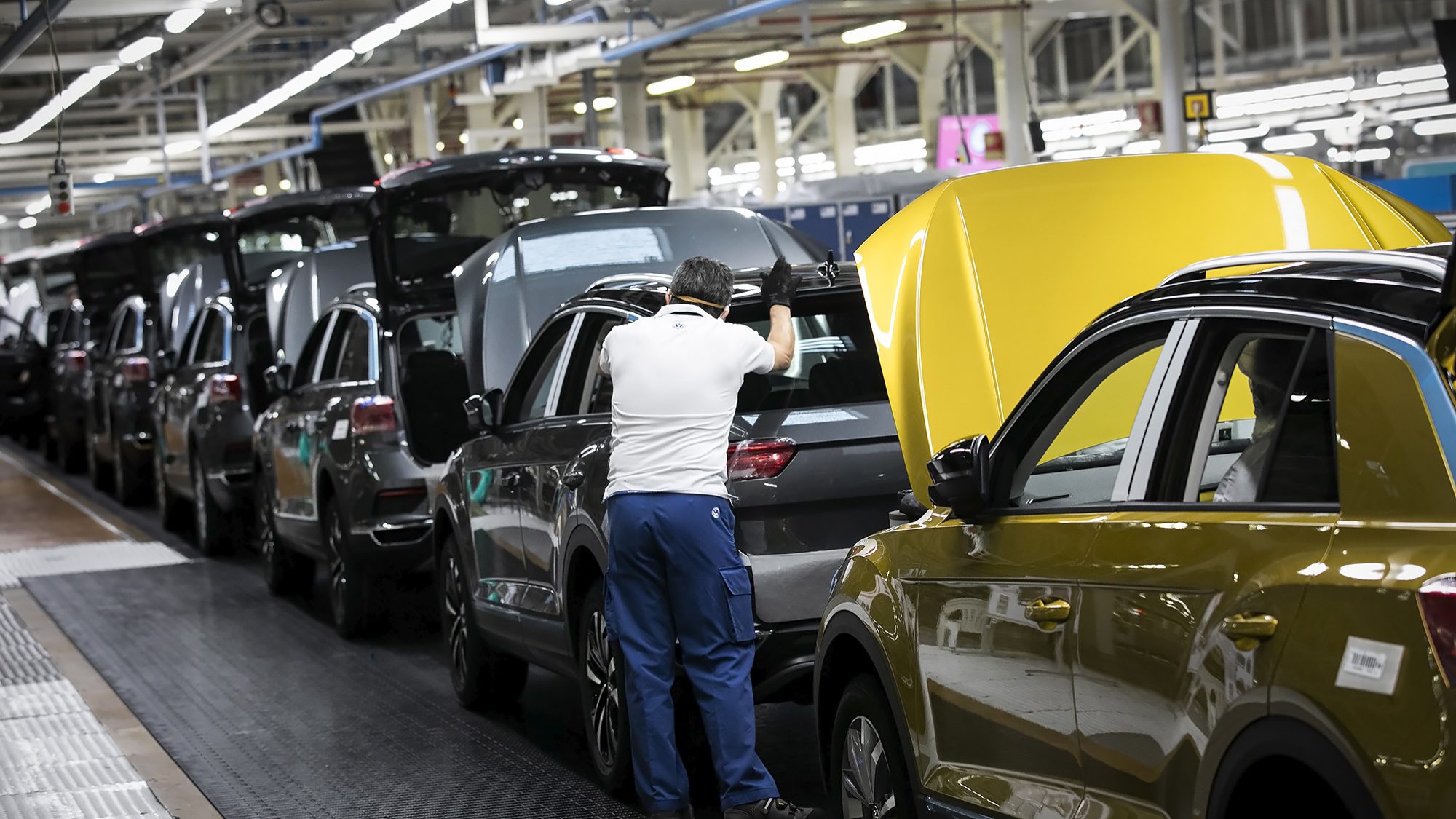 According to data released on Tuesday by Statistics Portugal (INE) and the Bank of Portugal, the number of companies operating in the first half of May in Portugal increased to 90%.