According to a new report, this coronavirus crisis could cost the country 4.5% of its GDP in the best case scenario.

The coronavirus will impact the Portuguese economy and this is a given at this time, however, it remains to be seen how big it will be. According to a new analysis by Nuno Fernandes, Professor of Economics at the Business School of the University of Navarra, this crisis could cost the country 4.5% of its GDP.

Compared to past crises, the world is “facing a combined demand and supply shock” that will deepen the negative effects of the pandemic on the world economy. The report adds that Covid-19 emerged at a time when “starting interest rates are low, and economic tools to combat the crisis are limited” and “Central banks exhausted their firepower during the good times.”

Portugal will be one of the most affected countries

The study says countries like Greece, Portugal and Spain, that are more reliant on tourism, will be more affected by this crisis.

In the case of a mild scenario (a shutdown of economic activity to last 1.5 months) it is expected that “Portugal will go into recession, with a decrease in GDP of about 2.9%. The crisis is likely to cost approximately 4.5% of its GDP.”

However, if the measures to contain the virus are prolonged:

As for the other European countries, the report states that most of them will feel “significant recessions, seeing contractions of their GDP of -2% to -3%. In this scenario, nearly all countries analyzed will experience negative GDP growth.” 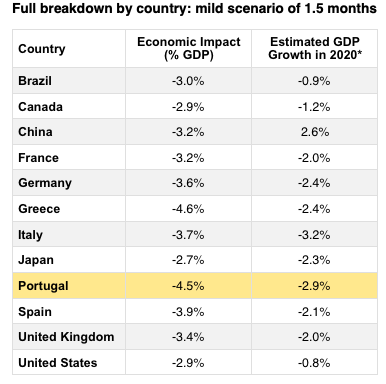 Worldwide, if measures last until the end of July 2020, the average fall in GDP will be close to 8%. On average, each additional month of crisis costs 2%-2.5% of global GDP. The Professor Nuno Fernandes goes further and warns that “if the ongoing crisis lasts until the end of the summer, the global economy faces the gravest threat seen in the last two centuries.” 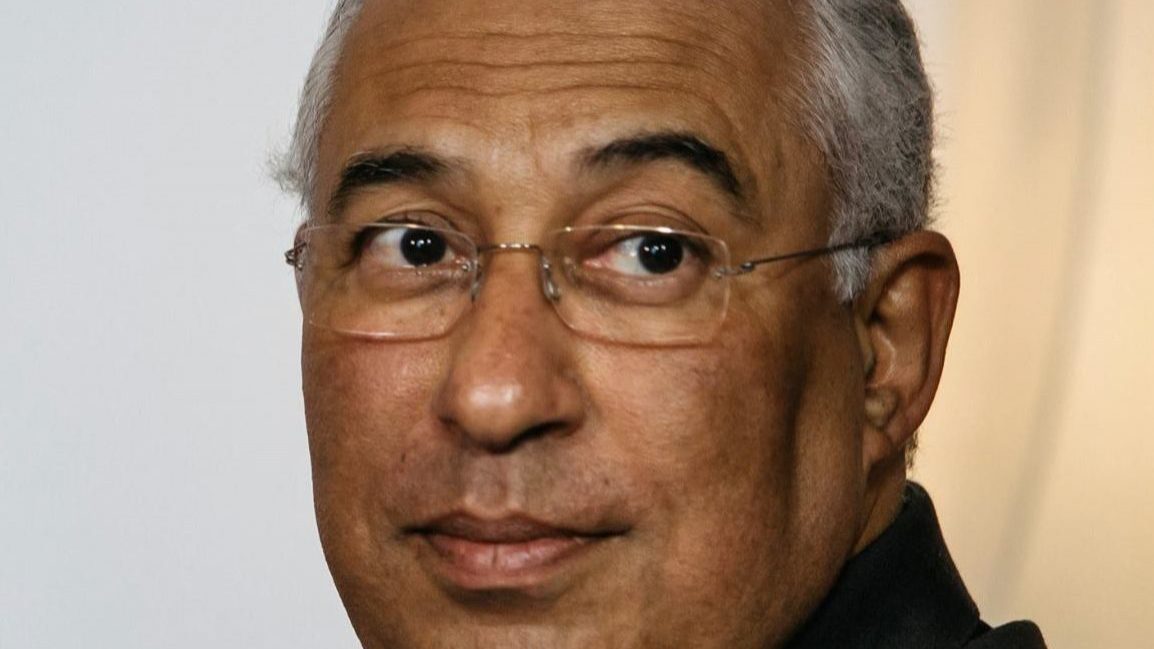 António Costa says the country is in battle with the virus. He applauds the Portuguese actions in this state of alert.