Portuguese listed companies will pay €2.5 billion to shareholders in dividends. It is the highest value ever, supported by the strong growth in profits.

After two years of significant cuts, Portuguese listed companies are once again opening the purse strings to remunerate their shareholders, reflecting the strong rise in profits in 2021 and more aggressive distribution policies by several companies.

The Portuguese companies in the PSI-20 will distribute around €2.5 billion to shareholders in the coming weeks, on account of last year’s results. It is a record figure for this set of companies, which comes after two years of pronounced falls due to the pandemic. In 2020, there were several companies that suspended or reduced pay due to uncertainty with the impact of Covid-19 (even though the profits relate to 2019). Last year, pay was down due to falling profits, which reflected the deep recession in the global economy in 2020.

In 2019 companies distributed a record €2,410m, with the total figure down €201m in 2020 and up €270m last year. This year the rise is €546 million, to €2,485 million. A growth of 28% that puts the total at a new historic high. The amount was calculated by ECO taking into account the dividend proposals already announced by the companies and the estimates for the three remaining (REN, Altri and BCP). It does not include the €60 million that Sonaecom will distribute to shareholders, as the company is not part of PSI-20, and therefore the remuneration of Portuguese listed companies will certainly be above €2.5 billion.

Even when the PSI-20 was composed of larger companies (Portugal Telecom, BES, BPI and Cimpor), the index dividend “cake” never surpassed the €2.5 billion threshold, which confirms that Portuguese companies are increasingly generous when it comes to remunerating shareholders, supported by a significant improvement in their results.

The trend of increasing dividends is widespread, with most companies raising their remuneration compared to 2021. Among the 13 listed companies that have already disclosed their dividend proposal, seven have announced higher values. None lowered, and this may only happen with REN, which announced a new shareholder remuneration policy, which admits a lower dividend than that paid in recent years. The company led by Rodrigo Costa announces results on March 24.

Despite the dividend being stable for six years (19 cents per share), EDP remains the Portuguese listed company that distributes the highest amount to its shareholders. It is €750 million, which represents 30% of the PSI-20 total. The weight has already been much higher, since other listed companies have increased their dividends. This year Jerónimo Martins stands out, having increased its dividend by 173% to €494 million, a value that exceeds Galp Energia’s total dividend. This is despite the fact that the oil company also increased shareholder remuneration. It rose 43% to €413 million. These three companies together represent two thirds of the total that the PSI-20 companies will give to shareholders.

Although the rise in total dividends reflects a more attractive policy by some listed companies, it is the growth in profits that explains the strong increase in the value that PSI-20 shareholders receive this year. In other words, the record dividend is a healthy evolution, which was not achieved at the expense of the deterioration of the companies’ balance sheets. Amongst companies paying dividends, only EDP and BCP lowered their profits.

PSI-20 companies will consolidate profits of €3,483.4 million in 2021, which represents a growth of 49% compared to the previous year. With dividends growing at a lower rate, the payout also drops. Companies in the index will distribute 71% of last year’s profits to shareholders, which compares with a payout of 82.9% in 2021 and 73% in 2020. Still, the payout is above the level at which profits were similar to last year’s, which explains the record amounts companies will pay out this year.

Contributing to this high payout is the fact that there are several companies that will distribute to shareholders a value higher than the profit obtained last year. This is the case of EDP, Jerónimo Martins, Ramada and Novabase, and REN also usually presents a payout above 100%. Nos is also very close to three digits, followed by another five listed companies with payouts above 50%.

The volatility in EDP’s results has not influenced the dividend per share of the electric company, which remains at 19 cents for the sixth year. The remuneration is in line with the policy defined in the strategic plan 2021-2025, which establishes an “attractive remuneration to shareholders” with a minimum dividend per share of 19 cents and a payout between 75% and 85%. With profits (€657 million) below the total dividend amount (€753 million), the payout in 2022 is 114%. Taking into account recurring profit (€826 million), the payout is 91%. The dividend yield is 4.4%.

Jerónimo Martins’ policy is to distribute between 40% and 50% of the results, but this year the owner of Pingo Doce decided to apply an “extraordinary payout” due to the “robust financial situation of the Group”. The dividend increases 173% to 78.5 cents (dividend yield of 4%), so the company will distribute almost €500 million to shareholders, which is above the net results of €463 million. Jerónimo Martins is the second quoted company in the PSI-20 that distributes more money to shareholders.

Galp Energia has defined a new policy for the distribution of profits, which assumes an annual growth of 4% compared to the 50 cents that will be paid this year (half of which was already anticipated in September). Shareholders will receive a total of €414.6 million, well above last year (290.2 million), as the company recorded losses in 2020. The remuneration doesn’t stop there, as the oil company will spend €150 million on a share buyback programme that it intends to normalise in the coming years, as is customary in companies in the sector.

Navigator has been one of the most generous Portuguese listed companies in remunerating shareholders, with several reserve distributions over the last few years. This year the company increases its dividend by 5%, below the growth in profits (57%), so that the payout returns below 100%. The company will return €151 million to shareholders (50 million were already paid in December), with a dividend that is one of the most profitable of the PSI-20 (6.4% in total and 4.3% considering the 14.06 cents that remain to be paid).

Nos has got shareholders used to, over the past few years, paying a payout in excess of net results. This year the payout is only double-digit, although very close to 100%, as the operator maintained the dividend per share and increased profits to €144 million (shareholders will receive €143 million). The dividend yield is over 7%.

REN to lower dividend to 16 cents

According to analysts’ estimates, REN will reduce the value of the dividend by 6% to 16 cents per share, after seven years of distributing 17.1 cents. If confirmed, it will be the only PSI-20 shareholder to shrink shareholder remuneration. In May last year, the company presented a new strategic plan for the 2021-2024 period that revises the dividend policy, assuming a minimum remuneration of 15.4 cents and a payout below 100%. The unit dividend of 16 cents corresponds to a total remuneration of €106.8 million and a return of 6%.

Sonae increased its dividend by 5% to 5.11 cents, maintaining the trend of raising the remuneration every year, which has been happening at least since 2014. Strong profit growth in 2021, partly due to extraordinary capital gains, brings the payout to below 50% and at the lowest level since at least 2013. The company led by Cláudia Azevedo will pay just over €100 million to shareholders and has a dividend yield close to 5%.

The dividend payout is far from being one of the points of interest of the investment in EDP Renováveis, which presents the lowest payout among all the PSI-20 companies. The company is committed to pay a minimum of 8 cents per share, giving priority to “reinvestment of cash flow in growth projects”. Even so, it has increased remuneration this year to 9 cents, which represents 13.2% of profits and a profitability well below 1%. It will distribute €86.5 million to shareholders.

Altri will attribute a position in Greenvolt to shareholders

Altri has already published its 2021 results, but has not yet detailed its proposal for shareholder remuneration. The company intends to carry out the energy business spin-off by giving the direct position of 52,523,229 shares in Greenvolt (43.27% of the capital) to its shareholders, a dividend-in-kind proposal that will be voted on at the next general meeting. Analysts estimate that the company will pay a cash dividend of 37 cents, corresponding to €75.9 million (payout of 61.4%).

Sonaecom has the most profitable dividend on the stock exchange

The most profitable dividend on the national stock exchange is from the only non-index shareholder remuneration. Sonaecom doubled its dividend to 19.4 cents per share, after also doubling its 2021 earnings. The company thus maintained the trend of giving half of the profits to shareholders (it will pay out €60 million), which made the dividend yield soar to more than 10%, the highest in the Portuguese stock exchange.

Semapa opted to maintain the value of the dividend per share at 51.2 cents despite profits having grown 86% last year. With the payout down to 21%, the holding company that controls Navigator will pay €41.6 million to shareholders (mainly the Queiroz Pereira family). The dividend yield is at 4.5%.

Corticeira Amorim hands half of its profits to shareholders

After four consecutive years of paying an ordinary dividend of 18.5 cents per share, Corticeira Amorim decided this year to increase the amount to 20 cents. Adding the 8.5 cents the company has already paid in advance in December, shareholders will receive a total of €37.9 million, about half of the 2021 profits.

BCP will return to dividends this year, but the bank’s management has already warned that the amount will be “very moderate”. If it repeats the 0.2 cent remuneration that was paid in 2019, the bank led by Miguel Maya will pay €30 million to shareholders. The payout will stand at 22%, more than double that recorded three years ago.

When it went public in 2014, the dividend payout was the post office company’s main attraction. The fall in results forced CTT to cut its policy of payouts well above 100%. Still, this year the company took advantage of rising profits to increase the dividend by 41%, paying €18 million. In addition, it will spend another so much on a share buyback programme that aims to buy around 3% of its capital in treasury shares. The payout is below 50% and the dividend yield is below 3%.

Ramada Investimentos maintains the value of the dividend per share at 60 cents for the third year, so it will distribute €15.4 million to shareholders, a value that continues to be higher than profits (€15.1 million). Even so, the payout is down substantially (more than 200% last year). The dividend yield is higher than 8% and one of the highest in the PSI-20.

Novabase has the highest PSI-20 payout

After not having remunerated shareholders last year, Novabase soon returns with the highest PSI-20 payout. The technology company will pay 43 cents per share, so shareholders will receive €13.5 million, well above the €8.7 million profit of 2021 (155% payout). The dividend yield is 9%. 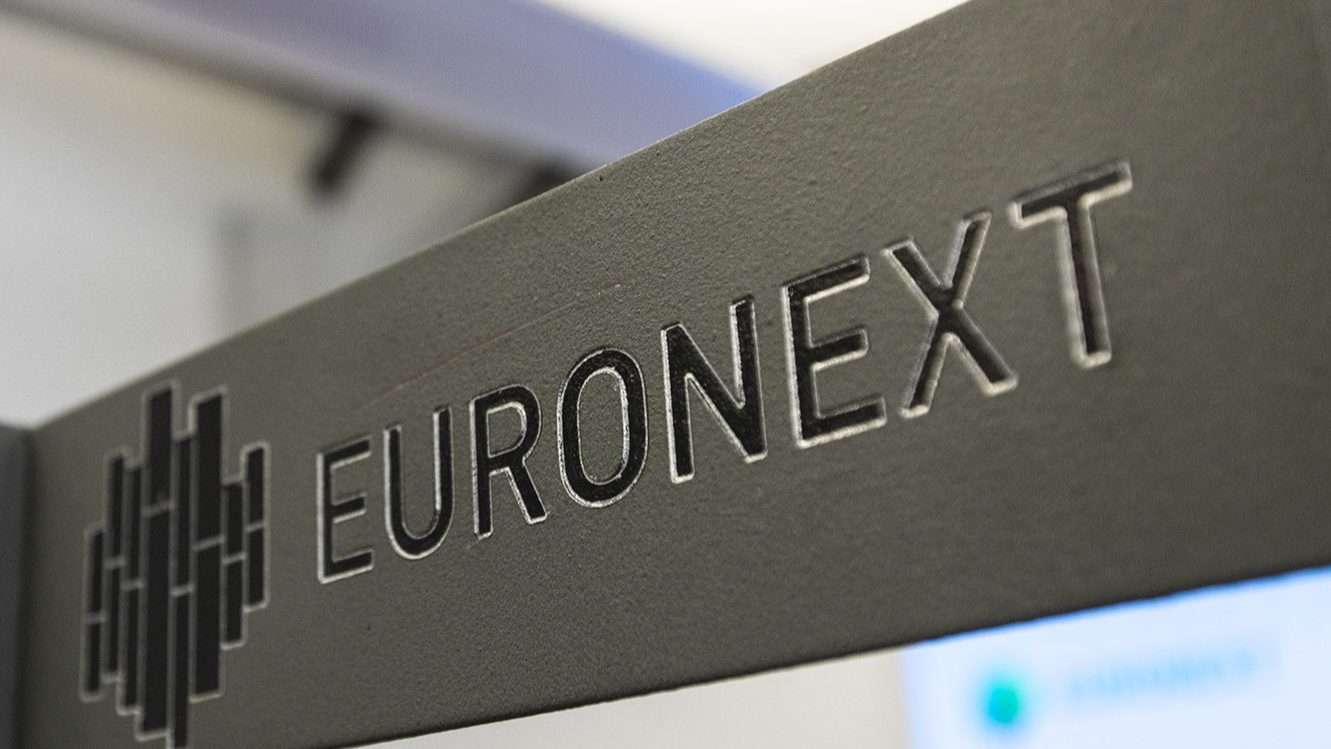 Majority of US companies foresee new investments in Portugal