Last year Navigator posted profits of 109 million euros, a 35% reduction on the 2019 results, the pulp and paper producer said in a statement to the Securities Market Commission (CMVM).

The group said that “paper activity was affected by the pandemic and by containment measures: sales of UWF [paper type] totalled 1,276,000 tons, falling 12% compared to 2019; however, sales of pulp and ’tissue’ partially offset the drop in paper business: pulp volume rose 25% to 394,000 tons (the highest figure since 2009) and sales of ’tissue’ 10% to 106,000 tons, which is also the highest since entry into the business,” the company said.

Navigator’s turnover fell 18% over the same period to 1.385 billion euros, in a year “marked by a significant drop in sales prices compared to 2019: the BHKP pulp index (in euros) fell 22% and the A4 paper index lost 7% (average price variation); the variation between the beginning and end of the year was 8.3%,” the statement said.

Navigator’s EBITDA (earnings before interest, taxes, depreciation and amortisation) in 2020 reached 286 million euros, a reduction of 23% compared to 2019.

The group also said that “the fall in sales prices was mitigated by strong cost containment efforts: fixed costs fell by 47 million euros, or 15% and production costs by nearly 60 million euros, a similar percentage decline.

The company also noted that net debt was reduced by 35 million euros to 680 million euros, ensuring that “over 2020 Navigator was very active in its financing activity, ensuring high immediate liquidity, refinancing short-term debt and restructuring debt and extending maturities.”

The company also stressed the “completion and start-up of the new biomass boiler at Figueira da Foz, an investment that represents the most important step in the decarbonisation roadmap, as it will enable the Group’s CO2 emissions to be reduced by more than 30% in 2021, thus already this year reaching 1/3 of the reduction announced for carbon neutrality in 2035.”

Turnover in the last quarter of last year totalled 341 million euros, down 2% on the third quarter of 2020 and 17% on the same period last year.

EBITDA reached 75 million euros, an increase of 4% compared to the same period of 2019. 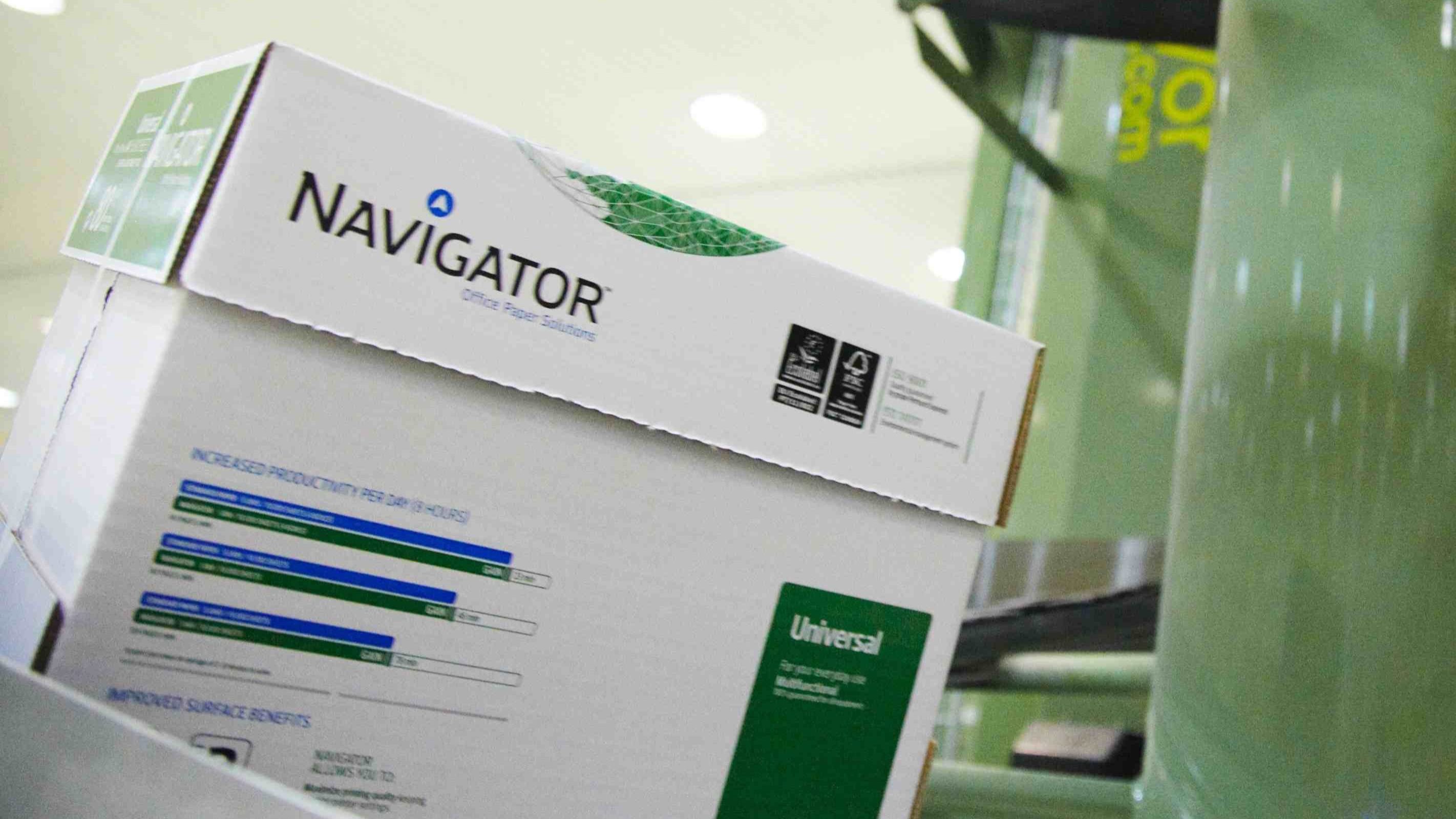 The Portuguese papermaker won a dispute with the US paper sales tax. A drop from 37.34% to 1.63% gives the right to return the difference.