According to Portugal's finance minister, public indebtedness will have fallen in nominal terms last year. If confirmed, it will be the first fall since 1995.

The Finance Minister, Mário Centeno, anticipated this Friday what he called “additional good news” for Portugal: public indebtedness will have reduced in 2019 in nominal terms and not only in % of Gross Domestic Product (GDP). If it materializes, it will be the first decrease in over two decades, at least.

“Public indebtedness reduction is good news. We are probably about to have some additional good news, which is that the nominal debt may have already been reduced in 2019,” the finance minister said in Parliament, in the general discussion and vote on the state budget for 2020.

Finance Minister says there’s a “revolution” in the economy

“Let’s wait for the results of the statistics to conclude exactly that,” he added in response to Socialist member Filipe Neto Brandão.

According to the latest data from the Bank of Portugal, the general government debt reached 251.1 billion euros in November 2019. The Bank of Portugal will again update the state debt statistics for the end of the year on February 3th. It will be known whether public debt has always fallen in nominal terms in 2019.

If December brings the “good news” that Centeno guesses, Portugal will register the first annual decrease in government debt since at least 1995. At the end of that year, public debt reached 55.3 billion euros. Since then, it has increased by almost 200 billion.

Mário Centeno referred to the public indebtedness figures in gross terms. If we analyse public debt as a function of GDP, it can be seen that the ratio has already been falling in the last two years.

The proposed State Budget for 2020 that is being discussed this Friday in Parliament foresees that the level of indebtedness has fallen to 118.9% of GDP in 2019, pointing to a further fall at the end of this new year: 116.2% of GDP. 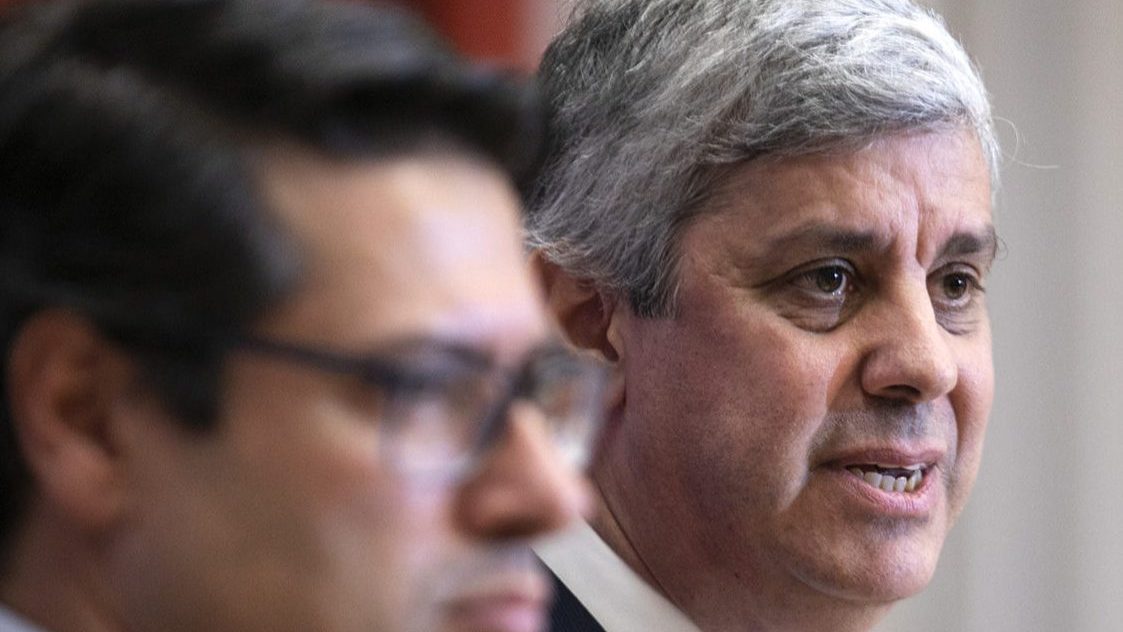 Finance Minister says there’s a “revolution” in the economy

The portuguese Finance Minister reacts to INE figures. He says there's a "revolution" in the Portuguese economy, but not everyone has noticed.