The formal session to welcome the president of Ukraine, Volodymyr Zelensky, brought together in parliament the President of Portugal, the speaker of the house, and Prime Minister.

Yellow and blue, the colours of Ukraine, on the lapels of members of parliament, the long ovation after President Volodymyr Zelensky’s speech, and the Ukrainian anthem that erupted from the galleries marked today’s session in parliament.

The formal session to welcome the president of Ukraine, Volodymyr Zelensky, brought together in parliament the three main figures of the state – President of Portugal, Marcelo Rebelo de Sousa, the speaker of the house, Augusto Santos Silva, and Prime Minister António Costa – as well as the parties with parliamentary seats, except for the Communists, who decided not to attend, and many guests.

The ceremony lasted 35 minutes, with Volodymyr Zelensky addressing the chamber by videoconference directly from Ukraine, in a session during which the Ukrainian president’s voice was heard in the background, but with simultaneous translation into Portuguese being heard in the hall.

When Zelensky appeared on the four giant screens in parliament, many phones were in the air to register this historical moment, in a plenary where blue and yellow stood out on the lapels of many members wearing the colours of Ukraine in the form of a bow tie.

A large yellow and blue ribbon tied to a microphone caught the eye on the PSD bench.

After the Ukrainian president’s speech, there was a prolonged ovation in the chamber, except by the government, which according to an official source of the executive explained to Lusa, is the practice not to demonstrate in parliament.

On the screen, Zelensky, dressed in his usual green t-shirt, put his hand over his chest in thanks.

After Augusto Santos Silva’s speech, and according to protocol, the anthems of both countries were played by the National Republican Guard band.

The Ukrainian president stood up as a sign of respect, as did all those present. Still, it was from the galleries of the hemicycle that voices erupted to sing, in Ukrainian, their anthem, a moment that was followed by applause.

After the Portuguese anthem, Zelensky disappeared from the screen, and the speaker of the house declared the solemn session closed, which was also attended by former President António Ramalho Eanes and his wife, Manuela Eanes, as well as former Prime Minister Pedro Santana Lopes, among other guests.

Hours before the ceremony started, the bustle in the corridors of parliament was audible and visible: cables, ladders and technicians were everywhere so that when the time came, nothing failed.

Inside the hemicycle, several sound and image tests were made, some directly with Ukraine, and the final adjustments were made at the last minute. 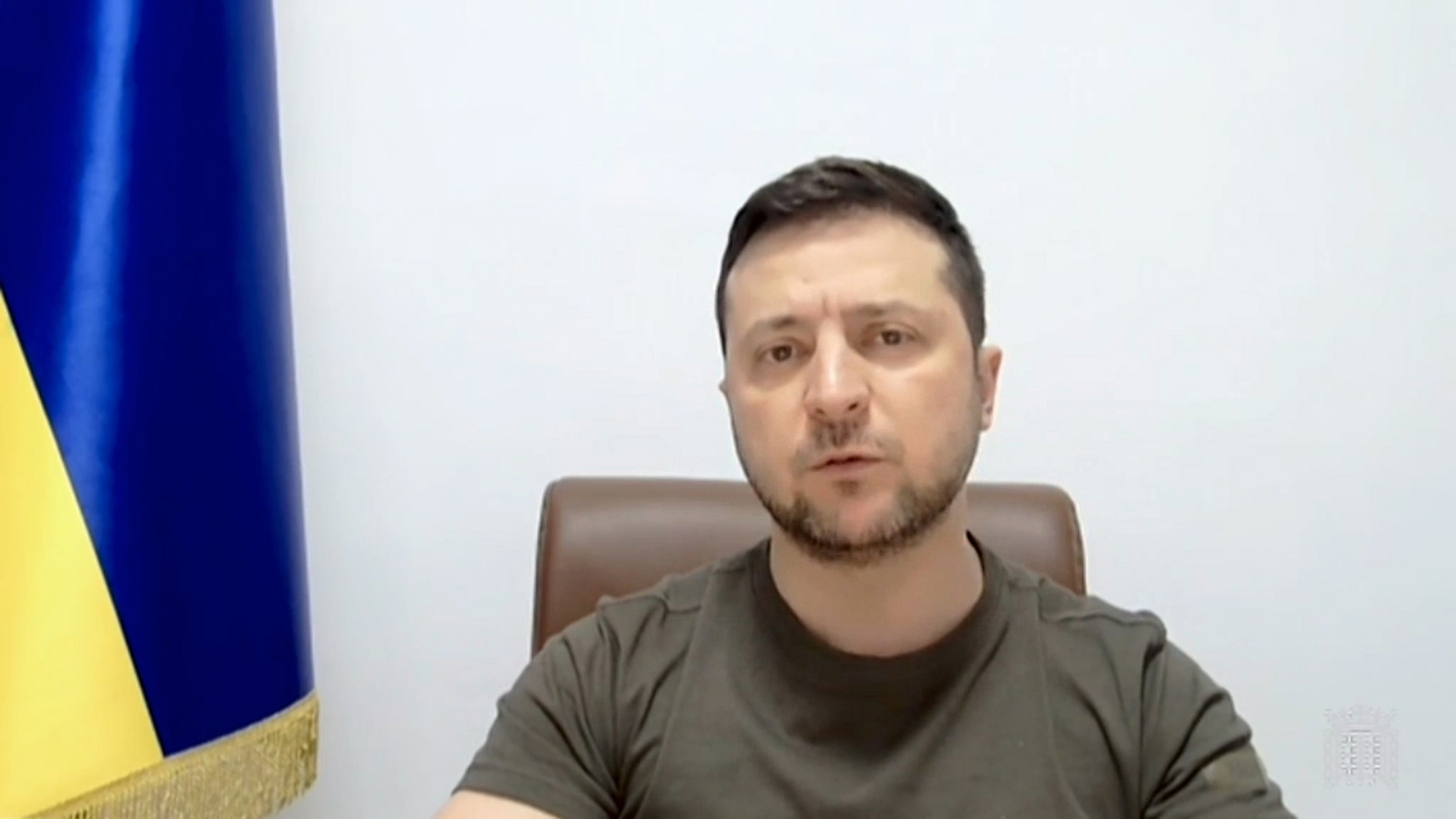 The session will take place at 3h00 pm and will be attended by the president of Portugal, Marcelo Rebelo de Sousa. 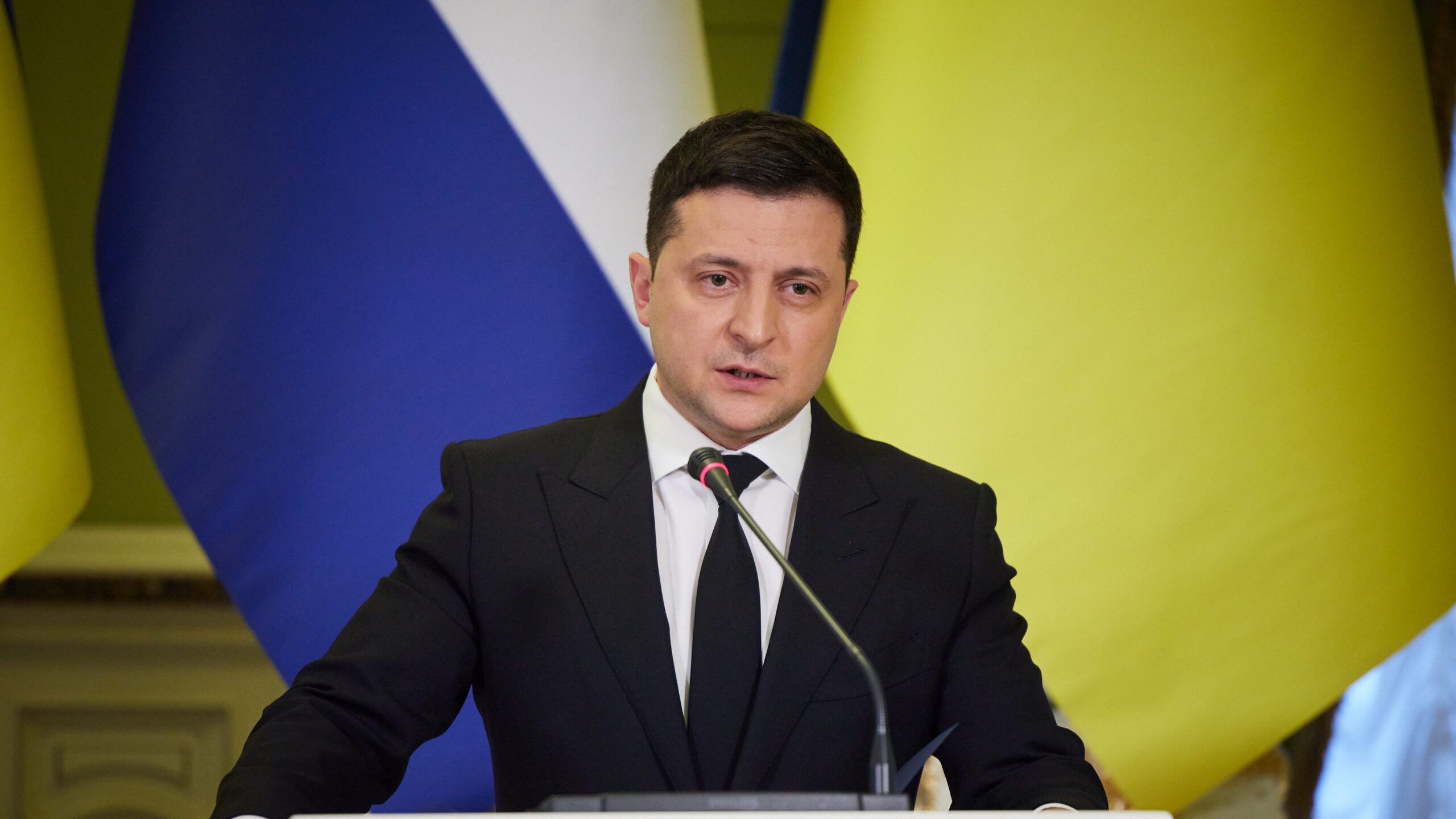